Don’t Be Afraid is a 1989 cassette release by Marques Bovre and the Evil Twins. Re-mastered and re-released on CD in 2012.

* Evil Twin
** Former Evil Twin – So long and thanks for all the fish, Eric
*** Recreational Evil Twin
**** Honorary Evil Twin

Production Notes:
Nurtured, recorded and mixed by Doug Meihsner, Marques Bovre and Jim Jones at the Meat Locker (rehearsal studio) during the period of August 1988 through February 1989 and released in March of 1989. Original cassette graphics by Michael Laier. CD layout by Brad Van at Sooper Dooper. Remastered from the original master reels by Tom Blain at Ultimate Audio in late 2011 and early 2012. 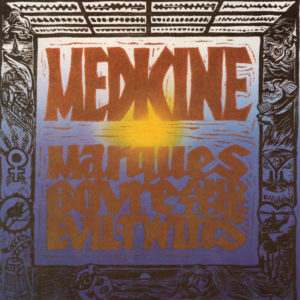