Production Notes:
Recorded in the Meat Locker during the last half of 1989 and released in January of 1990. Produced by MBET. Previously issued on cassette, LP and compact disc (Platypi Records 0001). Artwork and design by Michael Laier. Band photo by Jacqueline Lalley. Remastered from the original master reels by Tom Blain at Ultimate Audio in 2011. Remaster CD layout by Brad Van at Sooper Dooper.

All songs © and ℗ 1990, 2012 by Marques Bovre except “Quinn the Eskimo” by Bob Dylan. Used by permission of Dwarf Music 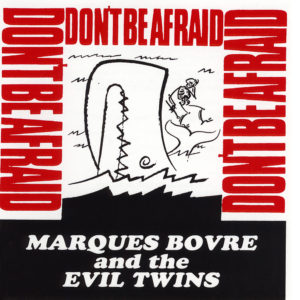