Evil Double Single is a 1991 cassette double single by Marques Bovre and the Evil Twins.

Production Notes:
Recorded at Smart Studios in Madison, Wisconsin in late 1990 and early 1991 as part of the Big Strong House album project. Mixed by Doug Olson (AKA Mr. Colson) and MBET at Smart Studios in June of 1991. Produced by Mr. Colson and MBET. Artwork and layout by Mike Laier. Released on cassette on August 3, 1991 (Platypi Records). 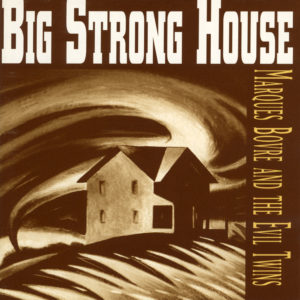